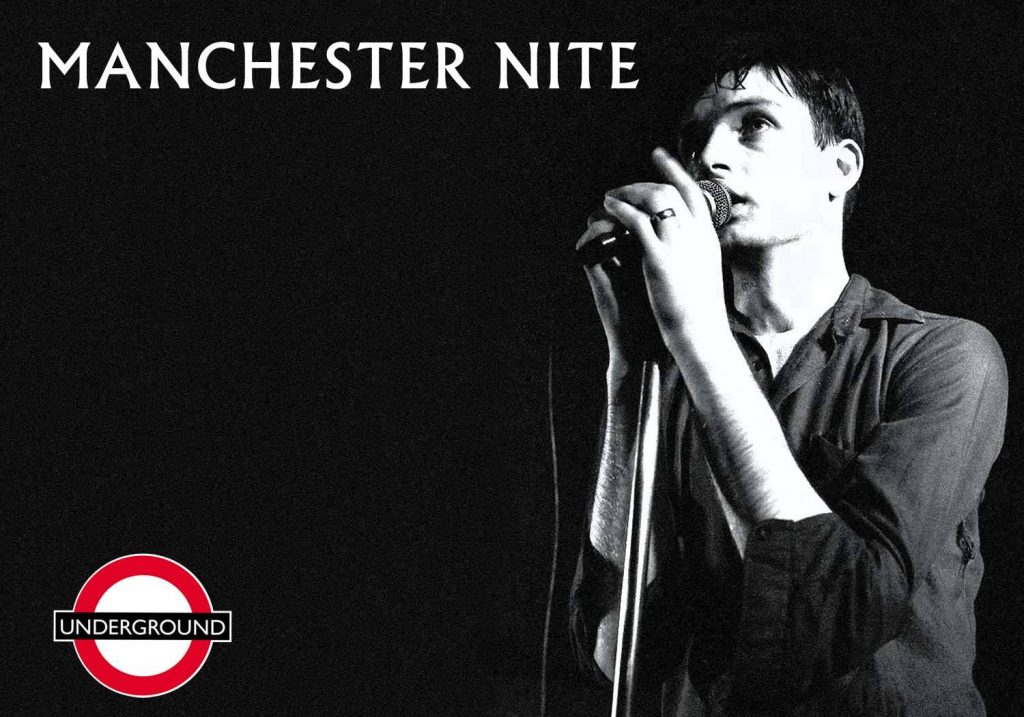 **OH MANCHESTER, SO MUCH TO ANSWER FOR…**
It’s Manchester Nite — 2 Rooms filled with the sounds of our favorite bands from Manchester, England + passes for the 2017 Smiths/Morrissey Convention courtesy Smiths/Morrissey Convention to give away! Plenty of Manchester favorites will be featured in both rooms, from Joy Division, The Smiths, New Order, Oasis, Stone Roses, Chemical Brothers, Morrissey & more. Get your RSVP and join us Friday (APRIL 7th) down at the Underground! Joining DJ Larry G will be Special Guest DJs Ray & Alex (Smiths/Morrissey, Depeche Mode Convention)! Always a great night when Alex & Ray join the mix.

Expect to hear all your Mancunian favorites at Underground’s Manchester Night on April 7th. Underground DJ Larry, along with DJ Ray & Alex from the Smiths/Morrissey & Depeche Mode Conventions) will be spinning the likes of Joy Division, The Stone Roses, Buzzcocks, Oasis, New Order, The Smiths, Morrissey, Happy Mondays, James, Chemical Brothers, Doves, The Fall, Magazine, Monaco, Electronic, The Verve, Chameleons, Morrissey & our usual mix of everything good from the 60s-now!

2 FLOORS down at the Underground in Chinatown and get ready to dance!! Underground is here and so is LA’s cutest crowd converging in DTLA, along with great DJs, a lovely patio and non-stop fun!!

Underground – The Smiths vs Joy Division (Fri May 6)