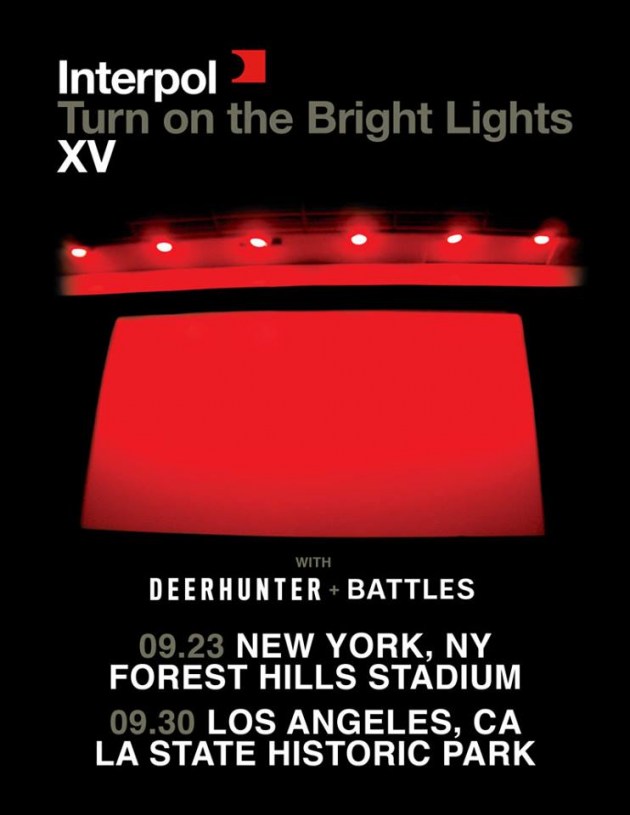 Interpol celebrates the 15th anniversary of their debut, Turn on the Bright Lights.

The band will perform Turn on the Bright Lights in full at New York’s Forest Hills Stadium on September 23rd and Los Angeles’ LA Historic State Park on September 30th. According to a press release, these two gigs will be the only performances of the 2002 album in either the US or Canada. Deerhunter and Battles will open both shows.

Following the US dates, Interpol will head to Mexico City in October two more performances of the album.

In addition to the new dates, Matador Records confirmed that Interpol is working on a new album with eyes on a 2018 release.

Club Underground will have tickets to give away soon, so stay tuned and join us down at the Underground.