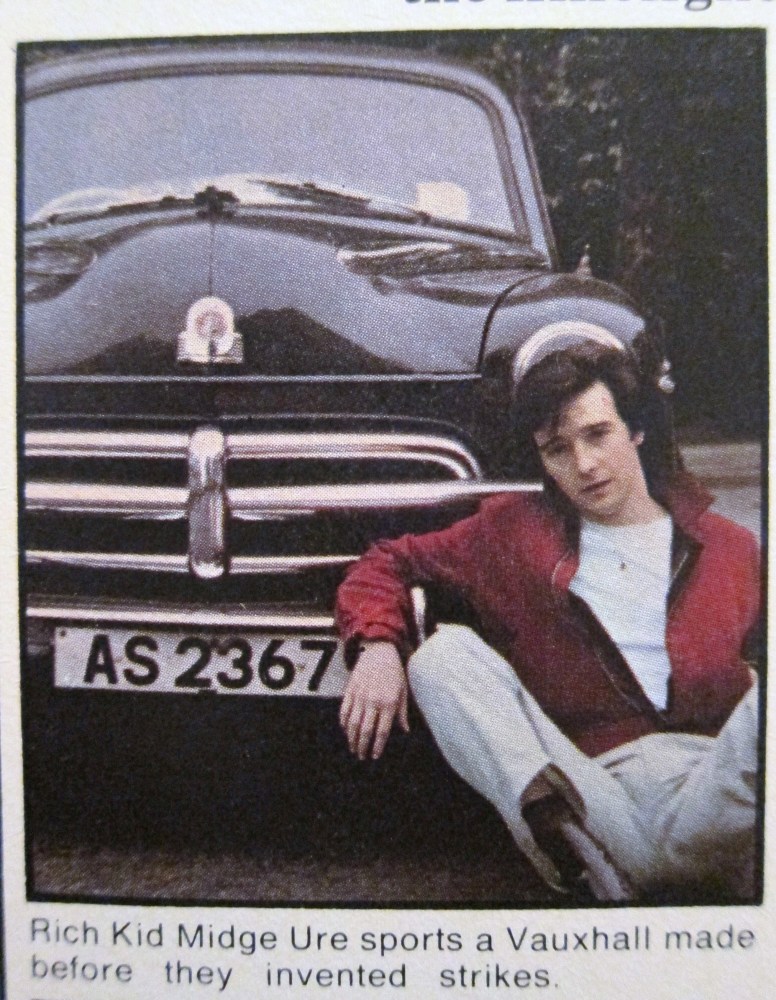 In 1977 Midge was snapped up by ex-Sex Pistol Glen Matlock for his new outfit, the Rich Kids, who charted amid an avalanche of press with a self-titled EMI single early in 1978. By 1979 Ure had been asked by Billy Currie, Chris Cross and Warren Cann to become the new frontman in Ultravox.

The band was a major influence on the new romantic and electro-pop movements of the early ’80s. Their successful trademark was combining Midge’s powerful guitar riffs with sweeping synthesiser motifs.
———-
Paul Young burst onto the UK music scene with his first UK number one in 1983 with “Wherever I Lay My Hat”,
In 1984, Paul sang on Band-Aid’s historic “Do They Know It’s Christmas”, famously opening the song with its first lines. This charity single spawned the never-to-be-repeated worldwide concert Live Aid in 1985, for which Paul was one of the main performers on the
UK stage at Wembley.
Also in 1985, Paul’s UK chart topping second album, “The Secret of Association” consolidated his success worldwide with a number one Billboard Chart single in the USA, “Every Time You Go Away”, shortly afterwards reaching the top spot in Japan, and the rest of the
world followed.

Get Your Tickets Here.